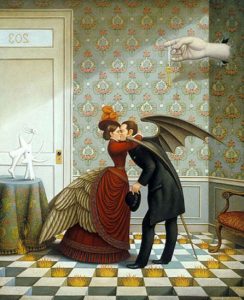 Caproni left Livorno at the age of ten to complete his primary studies in Genoa, where he studied first music, then literature, and where he wrote his first poems. After participating in World War II as a member of the Italian resistance movement, he spent many years as an elementary school teacher.

Caproni’s poetry touches on a number of recurring themes, most notably Genoa, his mother and birthplace, and travel, and combines a sense of refinement in both meter and style to immediacy and clarity of feeling …  keep on reading Wikipedia