Born in Turin in 1965, in 1997 he won first prize in the 6th edition of the Rostropovic competition in Paris.

The same famous Russian Maestro has written of him: “He is a cellist with extraordinary qualities, a complete artist and formed musician and he has an amazing sound which flows as a wonderful Italian voice.”

On December 2001 Enrico Dindo founded the chamber ensemble I Solisti di Pavia, acting as Principal Conductor and Artistic Director; he teaches cello at the Musical Academy in Pavia. 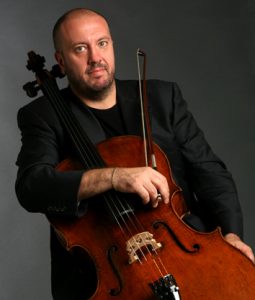