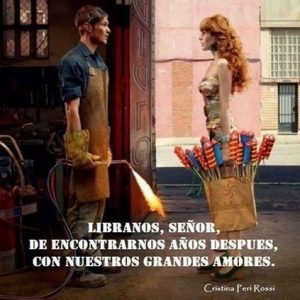 Considered a leading light of the post-1960s period of prominence of the Latin-American novel, she has written more than 37 works. She was born in Montevideo, Uruguay but was exiled in 1972, and moved to Spain, where she became a citizen in 1975. As of 2005 she lives in Barcelona, where she continues to write fiction and work as a journalist.

La nave de los locos (The Ship of Fools) (1984) is generally regarded by critics as Peri Rossi’s most important work. It is an experimental novel which takes the form of a pastiche of travel writing. The protagonist, Equis, is a misfit who travels to a number of deliberately vague locations. By inviting the reader to see modern society through the eyes of Equis, Peri Rossi is using the technique of defamiliarisation to produce a biting satire of today’s world. This includes a strong dose of feminism: Equis eventually renounces his own sexuality, declaring that there is “harmony in impotence,” which can be read as a denouncement of patriarchial and phallogocentric society (Wikipedia)