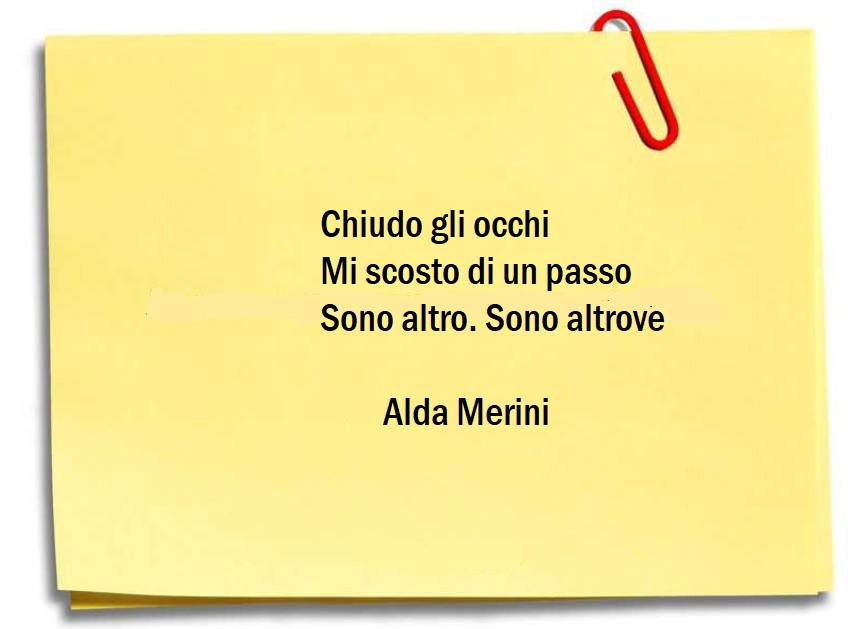 I close my eyes.
I take a step aside.

I am something else. I am somewhere else.

Her work earned the attention and the admiration of other Italian writers, such as Giorgio Manganelli, Salvatore Quasimodo, and Pier Paolo Pasolini.

Merini’s writing style has been described as intense, passionate and mystic, and it is influenced by Rainer Maria Rilke.

Some of her most dramatic poems concern her time in a mental health institution (from 1964 to 1970). Her 1986 poem The Other Truth. Diary of a Misfit (L’altra verità. Diario di una diversa) is considered one of her masterpieces.

In 1996 she was nominated by the Académie Française as a candidate for the Nobel Prize in Literature.

In 2002 she was made Dame of the Republic. In 2007 she won the Elsa Morante Ragazzi Award with Alda e Io – Favole (Alda and Me: Fairytales), a poem written in cooperation with the fable author Sabatino Scia.

In the same year she received an honorary degree in Theory of Communication and Languages at the University of Messina.

At the time of her death, President of the Italian Republic Giorgio Napolitano described her as an “inspired and limpid poetic voice.” … keep on reading Wikipedia