Paolo Troilo was born in Taranto in 1972 . He studied Architecture and Modern Literature at the Florence University, then in Rome at the European Institute of Design.

From 1997 to 2009 he worked for several international advertising agencies (Saatchi & Saatchi, Arnold Worldwide) as Art Director first, then as Creative Director.

He won the most prestigious international awards in the industry, and in 2007 he was nominated by the ADCI best Italian creative together with Alessandro Sabini.

In that year Monsieur Jaques Seguela said of them: “I love these guys. they know that money has no ideas. Only ideas make money”. In 2009 he leaves the advertising to follow his passion for the painting. Self-taught artist. He started drawing by pencil at the age of 4, and never stopped.

In April 2005 parallel to the advertising career, he started his career as professional artist, and for a distraction (he forgot to buy brushes) he then starts painting with his fingers, the powerful figurative results of his finger-painting technique can be considered unique in the world.

Troilo dips his fingertips directly into jars of acrylic, black and ivory, and spreading color, definitely abandoning the “tools of art”.

In 2011 he was selected for the 54th Biennale di Venezia. 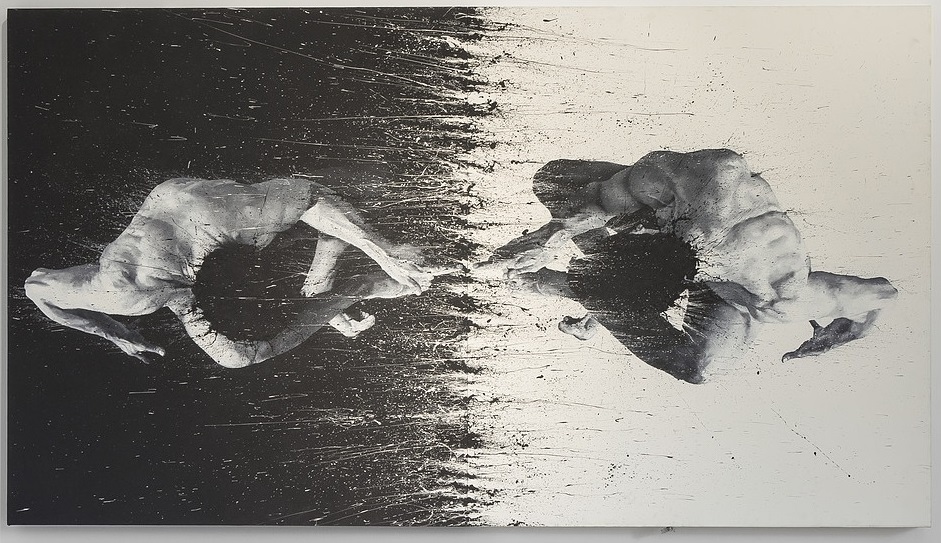 Sono il cervello sinistro ... I am the left brain

This website uses cookies to improve your experience while you navigate through the website. Out of these, the cookies that are categorized as necessary are stored on your browser as they are essential for the working of basic functionalities of the website. We also use third-party cookies that help us analyze and understand how you use this website. These cookies will be stored in your browser only with your consent. You also have the option to opt-out of these cookies. But opting out of some of these cookies may affect your browsing experience.
Necessary Sempre abilitato

ACCETTA E SALVA
Next Up