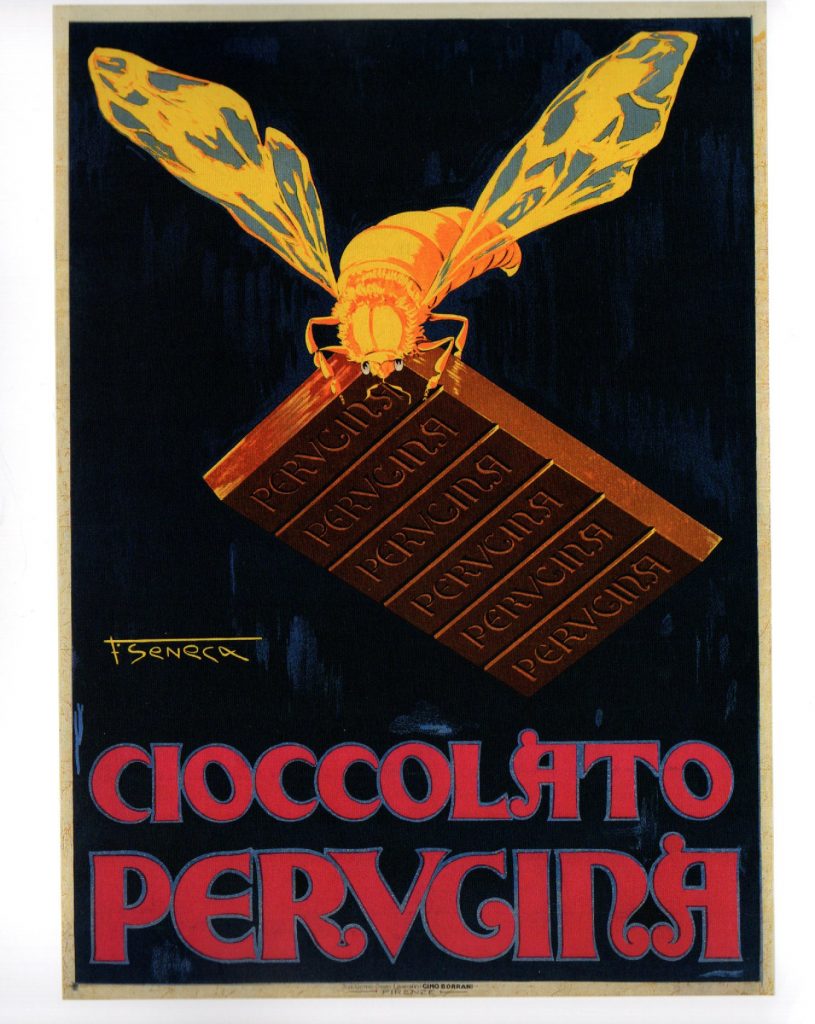 Federico Seneca was one of the great masters of advertising graphics, not only Italian but European. Born in Fano, he studies drawing at the Regio Istituto di Belle Arti of Urbino until 1911; he starts teaching at Scuole Normali of Fano and working as a poster designer.

During the First World War he is enlisted in the Italian alpine trooper and afterwards he becomes a pilot, flying also on seaplanes. During this period he meets Gabriele D’Annunzio, in addition to pilots such as Baracca, De Pinedo, Fontana, with whom he started to share his experience as an aviator during the First World War and a long friendship which lasted his whole life.

At the beginning of the 1920s, Seneca started his great, profitable and long-lasting collaboration with the company Perugina, where he becomes the supervisor of the advertising office for twelve years, even when it merges with Buitoni in 1925.

1929 marks the awarding to Federico Seneca of the first prize of the International Exhibition of Posters in Munich.

The relationship of the graphic designer with Perugina stops in 1933 and this marks his transfer from Perugia to Milan where, since he opened his own advertising studio, he cooperates with several companies as an advertiser. During these years Seneca reaches the top of his career, working for the most important names among Italian companies (Rayon, Cinzano, Talmone, Stipel…). After that he starts a new adventure in 1936, when he founds a company in the plastic sector which unfortunately will have no success and Seneca will therefore return to his great career as a graphic designer after fifteen years, in the postwar period, cooperating with important companies such as BBB of Monza, Agip, ENI, Cinzano and Ramazzotti, where he works as an advertising counselor from 1950 to 1957-58.

Then he moves to Casnate con Bernate with his family in 1969, in the province of Como, where he will die in 1976.