Enrico Dindo is one the most important cellists in Italy.

Born in Turin in 1965, in 1997 he won first prize in the 6th edition of the Rostropovic competition in Paris.

The same famous Russian Maestro has written of him: “He is a cellist with extraordinary qualities, a complete artist and formed musician and he has an amazing sound which flows as a wonderful Italian voice.”

On December 2001 Enrico Dindo founded the chamber ensemble I Solisti di Pavia, acting as Principal Conductor and Artistic Director; he teaches cello at the Musical Academy in Pavia. 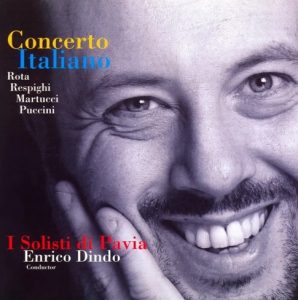