Kit-Ling Tjon Pian Gi is a female visual artist. She was born, works and lives in Paramaribo, Suriname, South America.

Kit-Ling studied visual art in Suriname and the Netherlands. She was traditionally trained by well-known artists such as Stuart Robbles de Medina and Rudi Getrouw (Suriname),  Nico Molenkamp and Ru van Rossum (Holland), with an emphasis on painting, drawing and graphic art (etching, dry point, etcetera). In 2005, after successfully attending a workshop in the ‘oneminutes’ video film, organized by the Sandberg Institute (Amsterdam, the Netherlands) and the Akademie voor Hoger Kunst en Cultuuronderwijs (AHKCO – Art Academy, Paramaribo, Suriname), Kit-Ling Tjon Pian Gi added the short video-film as a medium to her artwork. 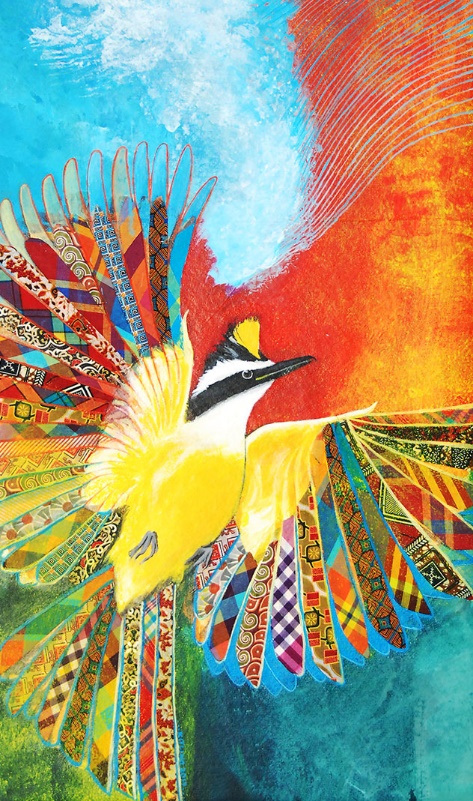 Kit-Ling has exhibited nationally and internationally, and in 2011 she was an artist-in-residence at the Vermont Studio Center in the USA.

In 2012, she was the featured visual artist within the 13th International Conference of the Association of Caribbean Women Writers and Scholars (ACWWS). In 2013, Kit-Ling received the Bridget Jones Travel Award from the Society of Caribbean Studies in the UK. In August of 2019 the artist had a large solo exhibition at Readytex Art Gallery named One can make difference.