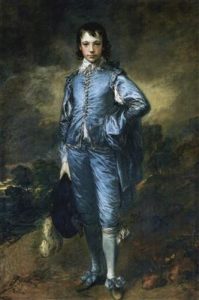 Kincaid settled in New York City when she left Antigua at age 16. She first worked as an au pair in Manhattan. She later won a photography scholarship in New Hampshire but returned to New York within two years. In 1973 she took the name Jamaica Kincaid (partly because she wished the anonymity for her writing), and the following year she began regularly submitting articles to The New Yorker magazine, where she became a staff writer in 1976. Kincaid’s writings for the magazine often chronicled Caribbean culture. Her essays and stories were subsequently published in other magazines as well.

In 1983 Kincaid’s first book, At the Bottom of the River, a collection of short stories and reflections, was published.

Setting a pattern for her later work, it mixed lyricism and anger. Annie John (1984) and Lucy (1990) were novels but were autobiographical in nature, as were most of Kincaid’s subsequent works, with an emphasis on mother-daughter relationships. A Small Place (1988), a three-part essay, continued her depiction of Antigua and her rage at its despoliation. Kincaid’s treatment of the themes of family relationships, personhood, and the taint of colonialism reached a fierce pitch in The Autobiography of My Mother (1996) and My Brother (1997), an account of the death from AIDS of Kincaid’s younger brother Devon Drew.

Her “Talk of the Town” columns for The New Yorker were collected in Talk Stories (2001), and in 2005 she published Among Flowers: A Walk in the Himalaya, an account of a plant-collecting trip she took in the foothills of the Himalayas. The novel See Now Then (2013) chronicles the late-life dissolution of a marriage by way of the jilted wife’s acerbic ruminations.