A Boule à neige is a transparent sphere, traditionally made of glass, enclosing a miniaturized scene of some sort, often together with a model of a landscape.

The sphere also encloses the water in the globe; the water serves as the medium through which the “snow” falls. To activate the snow, the globe is shaken to churn up the white particles. The globe is then placed back in its position and the flakes fall down slowly through the water. Snow globes sometimes have a built-in music box that plays a song. Some Boule à neige have a design around the outerbase for decoration.
_ 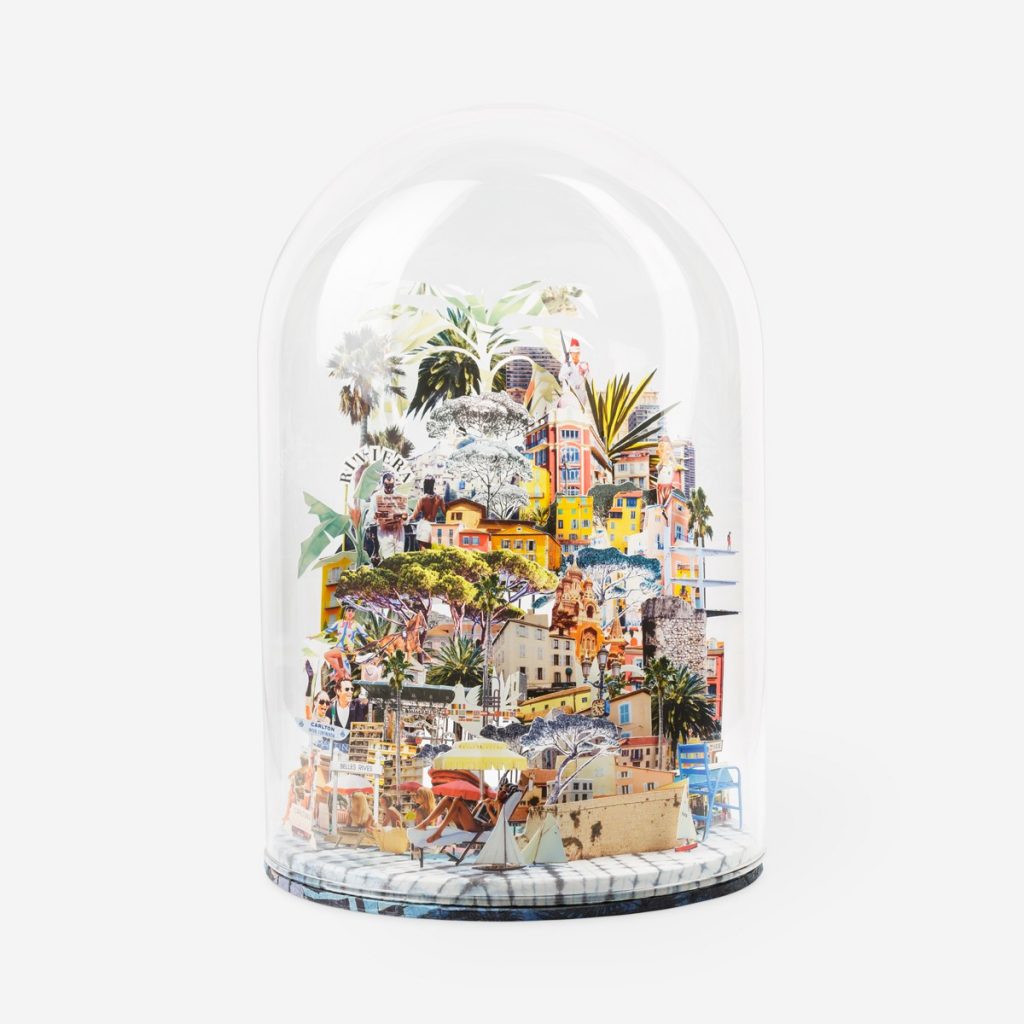 The universe of Charlotte Chab is a collection of artistic and historical references. It is an exploration of the details of a culture, all the things that make it so unique.

Created in 2015, Globes are the result of Charlottechab’s desire to exhibit her in nitely small universes in glass jars.
They constitute the second leg of the Map Project. Territories, in that particular set up, gain density and far exceed the frontiers imposed by traditional maps.
They are revisited snow globes personalized to suit celebrations, seasons, cities and personal events.
In these visual and narrative greenhouses, cities emerge together with the personal stories attached to them.
From Paris to Singapore or Rio, each city constitutes an interpretation, the appropriation by the artist of urban space and time.

Charlotte Chab is a graphic designer who graduated from the École Nationale Supérieure des Arts Décoratifs in Paris.

From day one, her research and her art focused on migrations, contemporary history, geopolitics and travel.

Passionate about publishing, she also gets her inspiration from books, guides and travel stories. As an independent designer then graphic designer for Volcom and Hipanema, she mainly works on collages and illustrations to create the visuals ordered by her many clients.

Collages are the central focus of her art and this is how The Map project started. Charlotte proceeded to create a little box which contained the Antarctic sprinkled with elements that showcased one of her closest friends’ trip as a unique thirtieth birthday present.