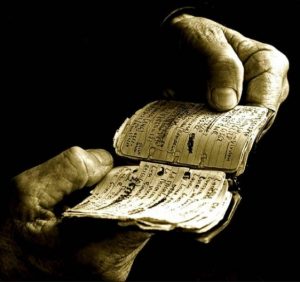 Raúl Gómez Jattin (31 May 1945 – 22 May 1997) was an influential Colombian poet.
His reading of poets Machado, García Lorca, Rubén Darío, Fernando Pessoa, Cavafy, and many others inspired him to become a poet himself. He first started to write poetry while doing theatre in Bogota. Following his return to Cereté, Gómez Jattin had been devoted at first to theatre, as an actor, and then as director and playwright. By this time, he had also come into contact with illicit drugs and started showing the first signs of mental illness, having been interned in a psychiatric hospital for the first time in 1978. With the economic support from his friend Juan Manuel Ponce, he managed to publish his first poetry book Poemas (1980). Journalist and writer Milcíades Arévalo received the book, and decided to publish a couple of his poems in Puesto de Combate, the literary magazine he had founded in 1972.
Arévalo was responsible of making his work well known around the whole country, just at the time where his continuous cycle of mental health crises and periods of homelessness.His poetry has been described as stark and realist, and highly autobiographic, dealing with his struggles with mental illness, his solitude, his childhood memories, his sexuality, his friends and relatives, and his city. His most well-known book, Tríptico Cereteano, was published in 1988, and it gave him renown, which allowed him for the next years to appear in literary festivals, radio shows, and magazines, and to teach writing workshops. His later work was badly received by the critics, as being hurried and of lesser quality and creativity.  – fonte Wikipedia

This website uses cookies to improve your experience while you navigate through the website. Out of these, the cookies that are categorized as necessary are stored on your browser as they are essential for the working of basic functionalities of the website. We also use third-party cookies that help us analyze and understand how you use this website. These cookies will be stored in your browser only with your consent. You also have the option to opt-out of these cookies. But opting out of some of these cookies may affect your browsing experience.
Necessary Sempre abilitato

ACCETTA E SALVA
Next Up